Phelps Finishes head and shoulders Above the Rest

Banner image for usage in print, online and broadcast. 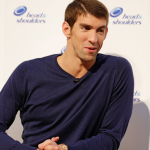 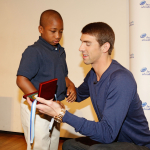 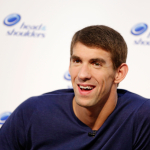 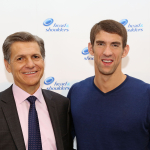 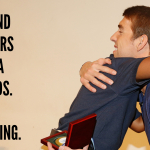 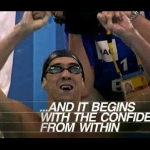 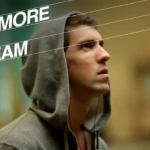 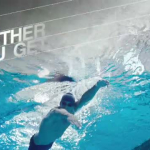 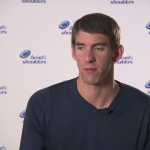 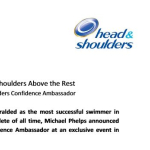 As head & shoulders’ first ever Confidence Ambassador the champion swimmer will use the skills he has perfected throughout his legendary career to inspire others to success. Phelps won 8 medals in Athens, 8 medals in Beijing and 6 in London for an unprecedented total of 22.

Explaining the partnership he said: “I know first-hand that high level sports, whether it’s swimming or cycling, demand a level of confidence that goes beyond oneself. That’s one of the most important lessons I’ve learned throughout my career, and one that I’ve also applied to my daily life, that’s why I think this new role is such a perfect fit for me now.

Helping kids to find their confidence so that they can use their imagination to follow their dreams and understand that anything is possible in life. As head & shoulder’s Confidence Ambassador, I hope that by sharing my experiences I can help others pursue their passion and dare to achieve.”

Phelps’s first duty was to present the first ever head & shoulders Confidence Award. This trophy is to be given annually to a person or group who exemplify what it means to embrace confidence and to strive for success despite adversity.

Hanneke Faber, Vice President Global head & shoulders, Pantene and Herbal Essences, said:  “It may not be instantly obvious how brands like head & shoulders fit into the grandeur of Olympic competition, but not having dandruff can be a major booster for someone’s confidence along with fan support built around a campaign like ours. The recent confidence report commissioned by head & shoulders revealed that 64% of Olympians surveyed agreed that there is a direct link between physical appearance and the ability to succeed; “If I feel I look good, I play good!

At head & shoulders, we wash in confidence for millions of people every day. We are inspired by the athletes we sponsor, by their passion for winning and their commitment to their sport and we feel we share their dedication to excellence. Michael Phelps is a terrific example of this, not just for his success and confidence in the pool, but the work he does outside it too.

To date, his dedication to improve the lives of young children, and their families, by educating them about water safety and swimming confidence is incredibly inspiring. This is why we look forward to working with him as he touches the lives of even more people in his role as head & shoulders Confidence Ambassador.”

This year’s head & shoulders Confidence Award winner was seven year-old William Watson III. William lives in a low-income and notoriously violent area of Knoxville, Tennessee, USA. His father was tragically victim to this violence having been shot and killed in April this year. Despite this adversity, as well as a near drowning experience, William has adopted a positive view on life and has put all his energy into swimming at the local youth centre, overcoming his water fears and progressing quickly with his swimming skills and confidence.

As a part of this Confidence Award, head & shoulders is providing a grant of $25,000 to the youth centre, where William swims every day, to help him and other young children continue to follow their idol, Phelps, through both training and mentoring. Phelps and P&G paid tribute to William’s mother too who has been instrumental in his outstanding development despite the difficulties they have faced.

Faber, added; “We were truly touched by William Watson III and his story and could not think of a better person to receive this first head & shoulders Confidence Award.”

head & shoulders is to announce further information about the Confidence Ambassador role and future donations in coming months as part of its on-going commitment to supporting confidence in young people. The brand will be supporting and accompanying Michael during his activities mentoring young people, sharing the knowledge the brand has learnt about confidence. head & shoulders will also be creating a confidence kit and running confidence activities to be used as part of Phelps’s IM program to help the young people he and his charitable foundation support.

The head & shoulders program shares common goals with and is an integral part of P&G’s commitment to providing a meaningful legacy following the London 2012 Olympic Games. Working with the Moms of Olympians, during the 2012 Olympic Games, P&G learnt that there is no better way to provide a meaningful legacy than to support Youth Sports Organisations that support kids, helping moms everywhere by bringing the joy, the discipline and the teamwork if sports to their kids. More information on the P&G legacy program will follow on August 9th.

The head&shoulders ‘Wash in Confidence’ campaign

The head & shoulders ‘Wash in Confidence’ campaign began in November 2011 with Phelps at its helm. The campaign is part of P&G’s commitment to support high performance athletes, their moms and families. The campaign is aimed at encouraging individuals all over the world to take part by washing in confidence and washing out doubt. With the ‘Wash in Confidence’ campaign, head & shoulders captures the inclusive, participatory spirit of the Olympic Games, for Olympians and ordinary people.

The P&G ‘Thank You Mom’ campaign

In 2011, P&G launched its ‘Thank You Mom’ campaign to celebrate and recognize the contributions of all moms, and specifically moms of athletes. The P&G programme aims to honour the athletes’ mothers as the true heroes of the Olympic Games who helped their children to their success.

To follow news and updates on the entire Thank You Mom campaign, consumers can visit and “like” www.facebook.com/thankyoumom

For a full list of assets and information related to the P&G Thank You Mom campaign, including photos and video, visit www.PGThankYouMomMediaCenter.com

This information is recorded for your safety.


This information is recorded for your safety. Malicious, abusive or dishonest activity may be blocked